Glitter Colour Effects – Playing with the ‘Physics of Light’

Over the years ‘glitter myths’ have developed.  In this blog we aim to bust the myth of what’s behind the glitter colour effects.  I’m sad to say it’s not ‘magic’, but something far more magical, the physics of light.

Glitter effects can be grouped into three main groups;  Metallic, Iridescent and Holographic.  They all utilise different types of light physics in their creation:- 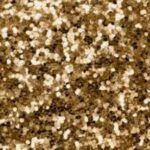 Metallic glitters are opaque, ie they conceal anything underneath the glitter, as the aluminium layer blocks and reflects any light. 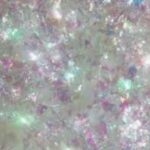 These types of plastic glitter do not contain any pigment or reflective aluminium and are completely transparent.  The intensity of the iridescent effect is increased by using these types of glitters against a dark or black background.

Bioglitter™ PURE, consists of three colour ranges of increasing strength of effect.  The first-generation, launched in 2019, is the ‘Natural’ colour range.  In 2020 we launched stronger effects, consisting of the ‘Opal’ colour range, a mother of pearl or opalescent effect and the ‘Vivid’ colour range, a strong metallic effect with not as much iridescence.

All Bioglitter™ PURE products are aluminium free, ie they don’t rely on a metallised aluminium layer to produce their shine.  Being aluminium free they offer the added benefit of providing extra resistance in applications where the aluminium layer in a metallic or holographic glitter would be attacked and eventually destroyed, such as in soaps and detergents.

Recreating the iridescent intensity without the ability to create a microlayer structure or have the choice of materials with varying refractive index presents a real challenge for us.  However, with further development, we hope to offer future generations of Bioglitter™ PURE that become ever closer to the effects that are currently achieved with plastic iridescent glitters. 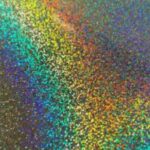 Holographic glitters produce a rainbow effect creating by the diffuse reflection of light into its component colours.  Just like a rainbow splits light into its component colours, each glitter particle acts as mini prism splitting light.  The structure of a holographic glitter is similar to a metallic glitter in that it has a very thin aluminium layer to reflect, with the addition of a pattern to diffract the light.

Holographic glitters are opaque, ie they conceal anything underneath the glitter, as the aluminium layer blocks and reflects any light. 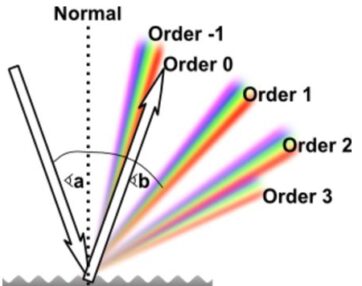 Bioglitter™ Holo is currently in development.